Februari 3th 2014 – Wipeout!
“La Donna D’Oro” is this week’s Wipeout! on North sea Surf Radio: “The Wipeout! is the most played track on the station and is a track that we feel will knock you right off your surfboard.”

Januari 23th 2014 – MONSTERS OF SURF
MONSTERS OF SURF is out! A classic compilation album with 22 heavy surf tunes from all over this planet, including Spaceguards’ “La Donna D’Oro”. 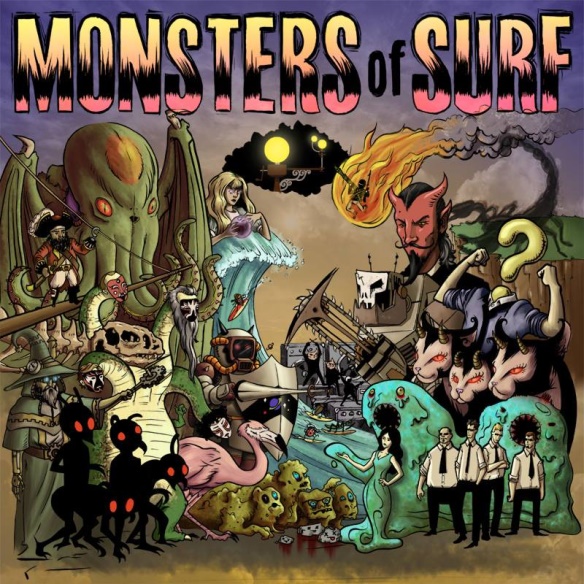 June 20th 2013 – Surfer Joe Summer Festival
Tomorrow we’re off to Italy, Saturday night we’ll climb the main stage of the Surfer Joe Summer Festival in Livorno, the world’s #1 surf music event. Livorno is probably the coolest and definately the most reverberated place to be this weekend! At 20:30 it’s showtime for Spaceguards. Debuting this Saturday: our new man on space bass, Gianni Schepens.

February 9th 2013 – “a warp drive cruise through the galaxy”
SurfRockMusic.com wrote a stellar review on our debut album Multivision:
“Multivision is an extraordinary and eclectic instrumental album. It combines various elements of surf, space, punk, hot rod and spaghetti western into an unusually compelling mix of sounds. The interstellar overtones let your imagination run wild. Multivision conjures up the awe and mystery of space.” Read the complete song by song review.

January 8th 2013 -   In the year 13…
Due to several (fortunate!) circumstances we haven’t been able to play live for a couple of months, but here at Spaceguards headquarters things are always on the move! Time for an update:

Towards the end of 2012 our debut album MULTIVISION came out, receiving raving reviews all over the world! Two songs from the album,  WHALE and STRANGELOVE, were featured in the soundtrack of a Dutch (VPRO) TV documentary. And, as we mentioned earlier, RIO JARA and PLUTO were used in a commercial for Volkswagen.

In the course of this year we will start playing live again. We are planning a small trip to Italy in June… More on this soon!
September 16th 2012 -  Brasil!
MULTIVISION has arrived in Brasil! Spaceguards debut album is now for sale on The Dead Rocks website, which is not just home to a great Brazilian surf band, but also THE place in South America to shop for quality surf, garage and related music. Obrigado, Marky!

September 12th 2012 -  Spaceguards on the move
MassiveMusic features our track Whale on their MassiveTalent blog this week. And finally an item in the exotic Dutch language, on MusicFromNL: Spaceguards uit in Amerika.

September 12th 2012 – Banzai!
It looks like we’re getting ourselves a proper European release in October. We are proud to add Germany’s coolest label Kamikaze Records to our distribution network today!

September 9th 2012 – Far-Out Thursdays and Surf Music Sundays
Surprise on Facebook today: Incognito, Independent Music Magazine, California, made our debut album MULTIVISION their Surf Music Sunday selection:
“Spaceguards is a band from Amsterdam that is interesting for a couple reasons. We (obviously) are making it our pick for Surf Music Sunday, but this band also would not be out of place on Far-Out Thursday … The songs on Multivision are surf songs with the tempo and the volume both cranked up to levels that most surf bands don’t approach. If you like surf and punk equally, this band will be a great addition to your collection.”
We couldn’t agree more! Check Facebook for the complete review.

September 3th 2012 – USA release
Aren’t we a cool Amsterdam band, celebrating our USA launch one month before the official release date in The Netherlands!
Surf ‘n space lovers from all over the planet can now order copies of our CD album MULTIVISION from USA’s finest: Double Crown Records and Deep Eddy Records.

September 3th 2012 – New clips
Check out some clips for a couple of the songs on our debut album MULTIVISION. An appropriate soundtrack to a legendary moment in surfing: Stampede. Skateboarding 70′s style: Whale. And some live action and space footage in Rio Jara.
Or you could just visit our video page and watch these clips and more, like a special Spaceguards sighting in Russia.

July 19th 2012 – MULTIVISION on CD!
In April our debut album MULTIVISION became available on Bandcamp as download-only, but due to demand from all over the globe it will now become availabe on CD as well, spiced up with artwork from graphic designer Jane Mack. The release is planned for October 1st 2012.
MULTIVISION will be distributed by Sonic Rendezvous (Europe) and specialized mailorders worldwide. More details in a couple of weeks…

July 18th 2012 – ‘In tiki we trust’
Fly in from outer space into Marky Wildstone’s wonderful surf related blog from Brasil.

April 1st  2012 – ‘MULTIVISION’
OUT NOW: ‘MULTIVISION’ Listen/buy/share.
Finally… It took us a bit longer than intended, but then again, we did upgrade the announced debut EP to a 9-track mini-album! We’re very happy with our firstborn and we hope you will enjoy it as much as we do!

February 29th 2012 – Countdown begins!
Exciting times for the band! This week we dotted the i’s concerning the mixes of our upcoming EP, agreed on the artwork and revealed our first three shows of our EP-tour. At least two of those shows will include custom made lasershow and smokescreen, executed by our secret accomplice…

January 20th 2012 – Next Mission
It was a great night last Saturday in Warhol, Groningen! We did our first show in a long time and played a load of new songs. Here’s an impression in photographs. Next mission: Podium Victorie, Alkmaar, February 10th. 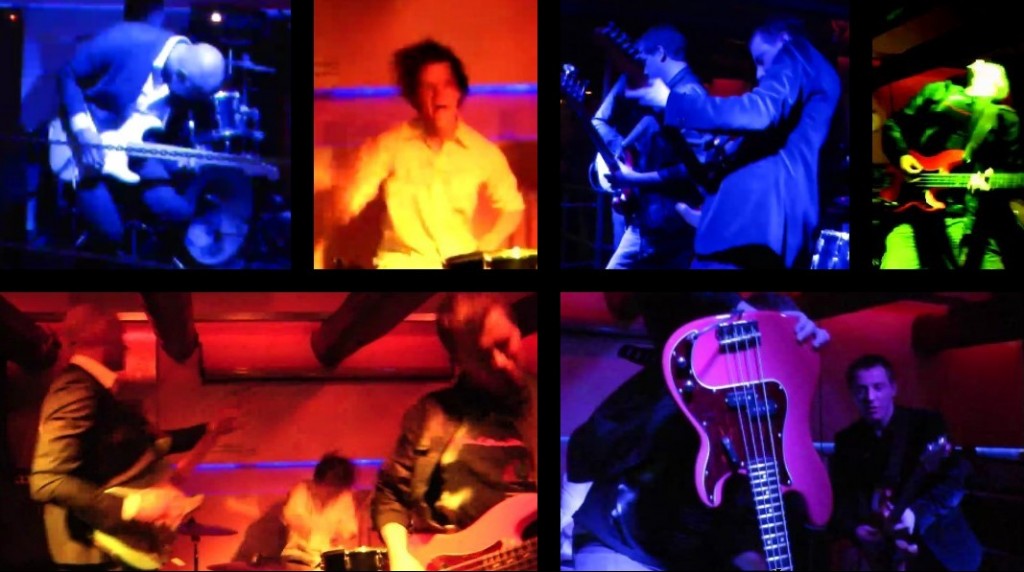 December 16th 2011 – First show 2012
Hi there! We’re proud to announce that we have confirmation on our first show of 2012. From January 11 till January 14 the city of Groningen in the Netherlands is host to Europe’s biggest showcase event, with main festivals Eurosonic and Noorderslag. The alternative festival “A Rocket Ride To Grunn City” obviously has a way cooler name, so we’ll take the Rocket Ride. Our showcase: Saturday January 14, in Warhol, Groningen. More information here.

September 29th 2011 – Upcoming EP
Great news: it is done! We’ve completed the recording sessions for our forthcoming debut EP! We originally intended the release to take place in spring 2011, but we had to deal with some unexpected delays and an acute case of hernia, so we postponed the release and February 2012 is what we are aiming for at the moment.
We’re not sure yet what to name our future firstborn, but we do know it will capture what Spaceguards is all about: the punkrock energy, the surf vibe, the indie feel, the ‘big city’ sound, it’s all there!
We recorded everything in our high-tech studio, deeply hidden within the Amsterdam Spaceguards building. Expect soundsnippets, videoclips and the occasional free download in the weeks to come, so check this site regularly!

September 27th 2011 – Massive Talents
Something we secretely knew from the start, is now made a public fact: Spaceguards are MassiveTalents! MassiveMusic, one of the world’s leading companies in music for the moving picture (movies/tv/commercials/games/etc.) invited us to join their MassiveTalent family and signed a couple of Spaceguards’ demo songs

. So if your favourite brand advertises its cool new product with an even cooler surfpunk tune… yes, that’s probably us! But we’ll also settle for the new James Bond tune

September 6th 2011 – New website!
Hey all! In our first year we managed to deal with a very basic website, which was actually nothing more than one picture (great picture though!). Now, with our first EP almost completed, we figured it was time for a new and improved digital home for Spaceguards. So here it is, take a look around and let us know what you think!